After the apocalypse, the world is filled with darkness and danger. Surviving here is a significant challenge, so only the bravest and strongest can save hope for the whole human race. Why would someone enter this gloomy paracosm? Probably those who want to enjoy the upcoming role-playing game Post Scriptum. For now, we can take a look at its world - to make anticipation for the release even stronger and to discover parts of this world that are available for Caer Sidi users right now.

The game will be powered by the Unreal Engine.

The upcoming game takes place in an alternative timeline, where the Inquisition crossed the line and ruined the balance of subtle powers. The world changed drastically - and not only the Earth but also the dimensions of Heaven and Hell. These layers of reality crashed into each other, creating awful chaos.

There are almost no light and fresh water in this world. Only in places where Heaven is connected to the physical realm, people, animals, and plants can find their life sources. Darkness covers everything around. Travels are immensely dangerous even if some ruins of the civilization promise useful artifacts.

Humans are not the only intelligent life in the post-apocalyptic paracosm. Demons came from Hell. They act through the bodies of those humans who reject their own soul and accept Demons.

Another race is Undead. These creatures have been infected by decay and lost the possibility to be a vessel for the souls or Demons. Their existence is odd, they’ve got immortality in deeply harmed bodies. Now, they make all the efforts to remain in this condition and keep the world in its current state.

Humans struggle to survive - only the scum remains here and those who have got the second chance to prove themselves as worthy of Heaven. They fight against other races and they fight against the harsh environment. Will they be able to rebuild civilization and just save themselves?

In Post Scriptum RPG, players will have various choices in developing their characters. Here are no correct and wrong decisions - you will have the freedom to build your own story. 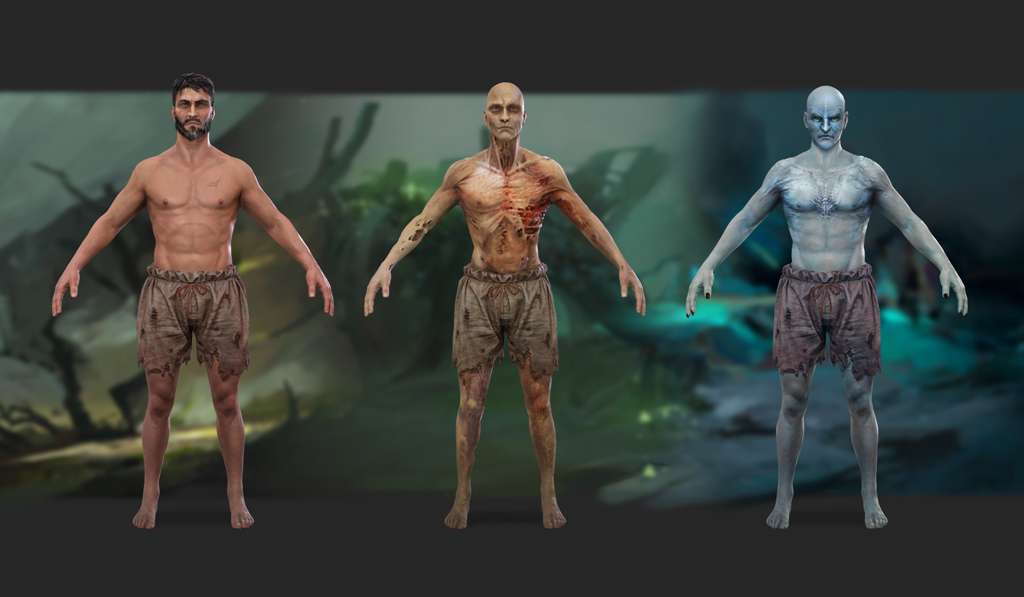 One of the locations in the world of Post Scriptum is the city of Parma. Or rather its remains. Parma includes the city with forests and mountains around.

When the apocalypse shook the world, Parma was in a relatively good situation, thanks to the protection of huge mountains in the south. A powerful earthquake caused lots of destruction in the city itself, but many people survived. Now they hide in the ruins.

The southern forest is not dead but it’s not alive either. It seems like it fell in a weird state of mystic sleep, so everything here is out of the very time flow. Dangerous creatures lurk around the western and eastern forests - only the toughest warriors dare to enter this thicket. 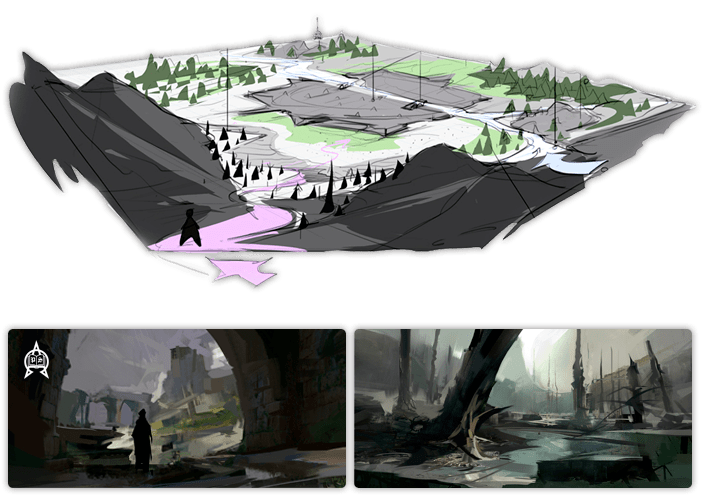 While it is too early to reveal the storyline, we still can introduce to you a few heroes of Post Scriptum. In fact, Caer Sidi users know them in one of two forms:

We still can’t make any predictions on the date when Post Scriptum RPG will be available even in its alpha version. And still, the day when everyone is able to visit this world and explore a small part of its location is approaching with almost lightning speed. (This is supposed to be a secret, but we can’t stop ourselves from giving hints to our community. The first one was in the article about Caer Sidi Hub. Do you like such quests?)

The development of this game is in the hands of an independant team, formed after the renovation of Paracosm Project. The team is also working on the game Post Scriptum CTG, which is already available for open alpha testing.

Are you excited about this project? Follow our social networks to get news on the games Post Scriptum.

We at Caer Sidi have far-reaching plans for developing our multidimensional ecosystem. But for now, we are focused on the first step - entering the Phygital Gate, which means producing innovative phygital assets for our partners in the game industry. More details can be found in the article “Caer Sidi in 2020 and beyond.”